In the program for the April 10, 1964 concert, Mr. Flanary paid tribute to the town of Appalachia’s first band: 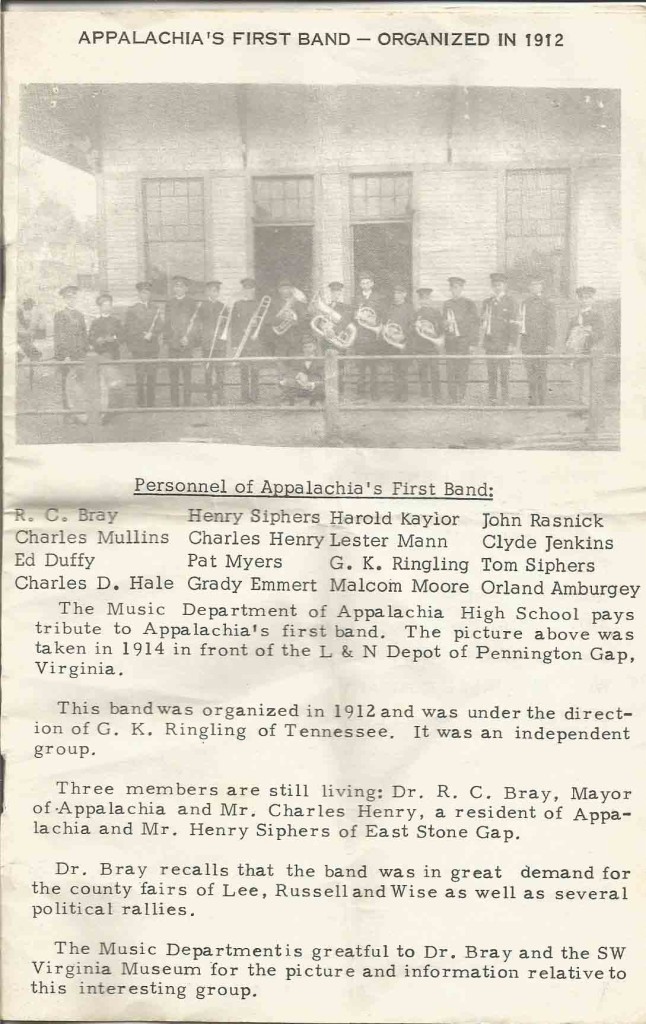 Bill Harris located a clearer version of the photo, although it’s been truncated a bit on each side: 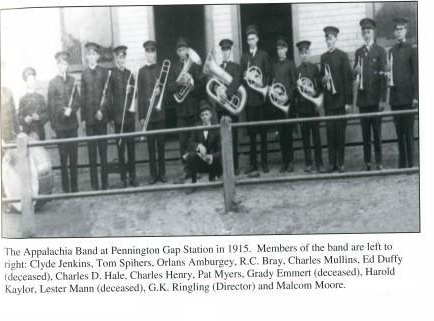 From the 1931 AHS annual, here’s a photo of the Appalachia High School Orchestra, directed by Mrs. Sam McChesney:

From the 1932 AHS annual, here’s a photo of the Appalachia High School Orchestra for that year, again directed by Mrs. McChesney: 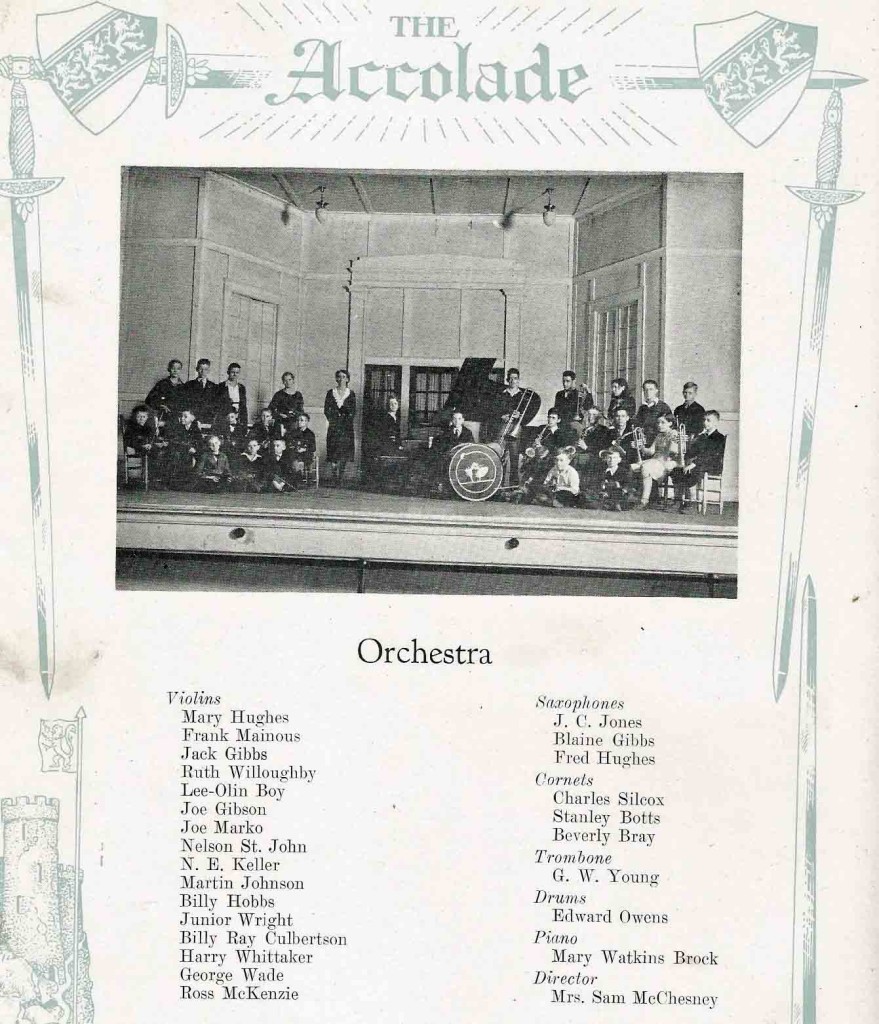 From the 1948 AHS annual, here’s a photo of the Tri-Town Band, consisting of students from the Appalachia, Big Stone Gap, and East Stone Gap, and directed by Mrs. McChesney: 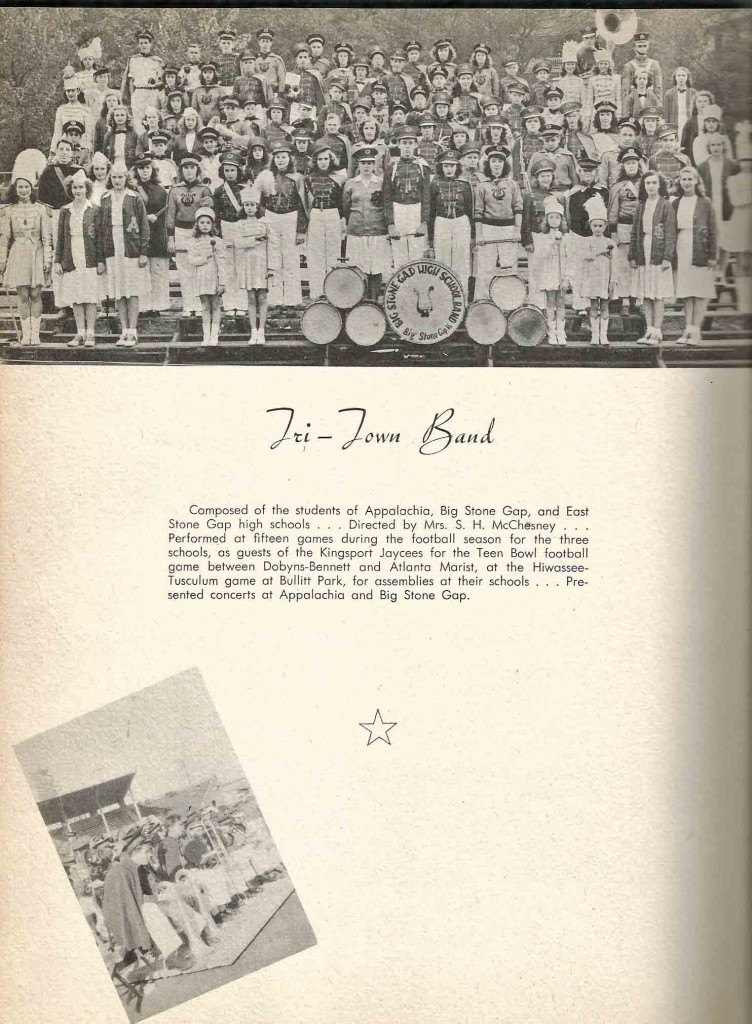 (The materials on early bands were submitted by Susie Maddox Noel.)